A copywriter, a comedian, and a proctologist walk into a bar 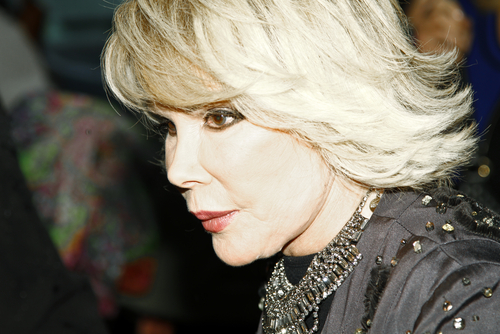 I recently had a series of colonics (sorry, you probably weren’t expecting that). The certified colon hydrotherapist ­– I’ll call her Carol – was a lovely, calming woman who waxed poetic about intestines, chyme, and all things gastrointestinal. (Note to self: if she can make peristalsis sound appealing, there’s nothing this copywriter can’t sell.) Originally, I wanted to make this blog post about a conversation she and I had on the topic of gender and pooping. How men and women have differing levels of anxiety when using public restrooms to, well, you know…evacuate. Carol and I both agreed that lots of women, ourselves included, feel timid going potty anywhere other than our private bathroom, like we’re bunnies in the woods hiding from predators. We run water, flush repeatedly, and make other camouflaging sounds to cover up any noise that might indicate we’re doing anything other than tinkling or adjusting our stockings. Men, on the other hand, tuck a newspaper under their arms as if announcing to their colleagues, “hold my calls, I’ll be a while.” Making the connection between poop and power seemed to me to have implications on gender politics, salary inequality, and addressed the issue of why there are fewer women in leadership roles in nearly every industry. You know, that whole 3% thing. It wouldn’t be easy to write about this; I wasn’t sure how to connect all the dots, but I really really wanted to.

It seems like everywhere I’ve tuned in on the Internet or TV the past week or so, someone has been eulogizing this divisive comedian. Divisive because she was the Queen of Zingers and there was no person too vulnerable or topic too taboo that she couldn’t crack a joke. Joan was telling 9/11 jokes before the second tower fell. Her questionable timing aside, I’ve heard words describing her like: fearless, pioneering, trailblazing, iconic. And she was all of these things.

"Making the connection between poop and power seemed to me to have implications on gender politics, salary inequality, and addressed the issue of why there are fewer women in leadership roles in nearly every industry."

When it came to the careers of female comedians and performers (and all women professionals, really), Joan rewrote the script that said we had to act a certain way, speak a certain way, and look a certain way to attain success. Actually, she took the script, doused it in chlorine trifluoride, watched it explode, then lit a cigarette on the flames. We no longer had to be the polite, demure, obedient ladies telling happy homemaker jokes for a few feeble laughs.

As much as I loved Joan Rivers as an elite comedian (NYC, The Fez, early 2000s, forever in my heart and mind…only Joan could get away with calling her at-the-time young grandson an a**hole for throwing out her back when she picked him up. Hilarious.), and delighted in her red carpet analysis (I never knew I needed or wanted Fashion Police until she arrived on the scene), what fascinated me most about Joan was her seemingly seamless transition into the exotic world of QVC. It started with her selling fashion jewelry (was everyone wearing one of her bee broaches in 1998?) then grew into “Can We Shop” her daytime talk show where “your dollars make sense.” Was there nothing this woman couldn’t do, be funny while doing it, and make a ton of money?

When Joan started selling merch (selling out to some) on QVC, she was as fierce and funny as ever. Here are product pitches she actually delivered…on live TV.

“Remember ladies, fake jewelry doesn’t have to make you look like a slut, even if you are one.”

“…a pretty little thing with a nice comfortable lining that won’t get stuck in your ass-crack.”

I’m sure QVC execs were squirming in their seats when she was on-air, but this was pure gold. She was a billion-dollar industry for a reason: Joan was always Joan, uncompromisingly, authentically, unapologetically Joan. She was more than comedian, commentator on celebrity fashion, and hawker of costume jewelry, she was a brand and she was “on brand” right up to the end. Her tagline on her website JoanRivers.com reads “a simple girl with a dream” (insert Joan’s eye roll). Perfect.

What I didn’t know about Joan Rivers until she passed was that for a brief time, she was an advertising writer. Ironically, so was Phyllis Diller, another early comedic genius, trailblazer, and lover of plastic surgery who worked right up to her 90s. Oh, if I could only get my paws on some of their copy! Were there inklings of the emerging funny ladies in their work?

Joan Rivers was a brilliant comedian, ivy-league graduate, pioneering AIDS activist, loving mother, doting grandmother, generous friend, and a piece of work (the documentary A Piece of Work is a must-see). She made us laugh at the most unexpected times in the most unexpected ways. I’ll leave you with one of her gems:

“I like colonic irrigation because sometimes you find old jewelry.”

She will be missed.

Genevieve Crain is a senior-level, integrated copywriter with a passion for helping brands find their voice and tell their story.

Learn more about Genevieve’s work and see how much her clients love her at www.amjcommunications.