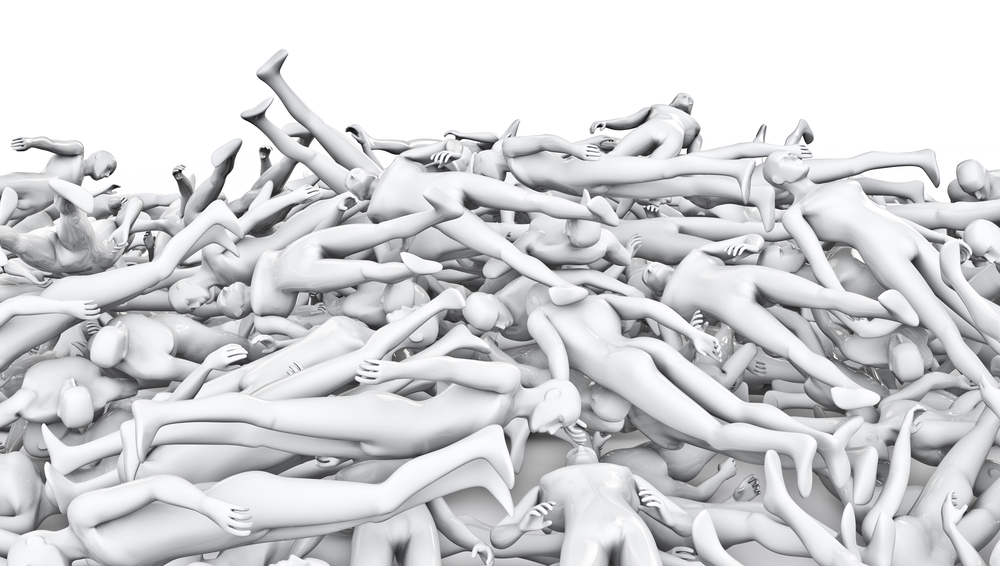 A few weeks ago,  Brand Republic noted that Saatchi & Saatchi London expanded its creative department with seven hires. This isn’t big news. What made it interesting is the fact that all seven hires appear to be white men. One of them wears a hoodie and another is a redhead but aside of that, they look eerily alike.

Saatchi’s resourcing decisions didn’t go over well by some female industry professionals. Nicole Victor, Partner, svp of planning and strategy at brand-building digital agency  Rumble Fox astutely observed that the title of the Brand Republic’ article should have been “Saatchi hires more white men.” Cindy Gallop, who frequently speaks and writes on the topic of gender equality in advertising industry, said that she extensively shared the Brand Republic article in their considerable social graph on Facebook and Twitter, but received response neither from Brand Republic nor Saatchi & Saatchi London.

For many men, this is mystifying. They say things like “Do they have to hire a full Benetton cast? Maybe they have ladies already there. One guy is hispanic, btw.” Oh there’s one Hispanic guy! That’s great. Or, they joke that “Saatchi just won Bonobos, Warby Parker, Jack Threads, Trunk Club and Nice Laundry business = justified.”

But all of this is just skirting around the issue. It is not enough to have  seven panels on “women’s issues” during Advertising Week and drone on that women control 80% of consumer spending. The challenge is complex - and largely cultural.

Creatives are sensitive creatures and need to have a culture of acceptance, comfort and safety where they can freely express their ideas. Creative friction and criticism are not always welcomed. The easiest path is often one of least resistance. This leads to a self-reinforcing cycle: those already working in the agencies hire others who are similar to them. It happens that there are more men to start with who then gravitate toward even more men. There’s a reason creatives seem to always dress alike.

This vicious cycle doesn’t paint a pretty picture. A lot of organizations are guilty of cultural conformity. Only 11 percent of creative professionals in advertising industry are women, according to Kat Gordon, founder and creative director of marketing agency Maternal Instinct and initiator of  The 3% Conference. Culture of conformity has consequences for creativity, innovation and organizational evolution.

Organizational evolution is often limited by the culture of agencies themselves. Inertia, routines and static structures are favored. There is resistance to implementing strategic moves toward diversity, even when there is awareness of threats associated with failure to take action. Internal interests, functional conflicts, paradox of core competence and organizational paralysis all block agility.

For an industry that talks a lot about agility and disruption, there is a serious lack of desire for change. Debate, disagreement, conflict and tension are hard. They are not pleasant, and not all of them are constructive. They require smart emotional management and a lot of empathy. These are also the traits that women excel in. Having more women in the agencies can create more conflict, but can simultaneously create more creative solutions for it.

“I think it’s important to call attention to these matters,” Ms. Victor notes. “It’s up to us to shed light on an agency’s lack of diversity, because sadly these hiring practices will happen again and again if no one questions and poke holes in these old-world and antiquated practices.”

Having gender inequality in the advertising industry in 2014 is the sign of organizational failure. It’s inertial dysfunction. Recognizing it as an organizational problem can help decision-makers in the agencies better deal with resistance, apathy and lethargy toward taking action.

Saatchi did what’s best for them and hired talent based on merit and cultural fit. This agency’s recruiters may have looked for women, but realized that there simply isn’t enough female creative directors around. The seven guys who just joined Saatchi have a mission to fulfill: don’t hire anyone like you.