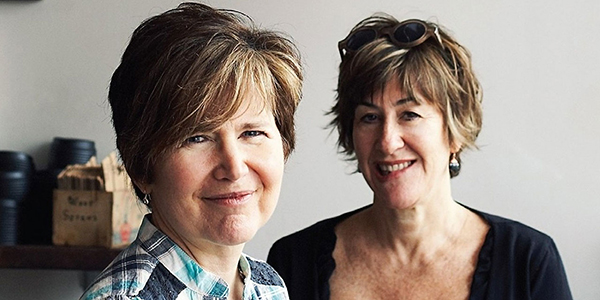 This article, the first of six, was originally published in Marketing Magazine.

In the ’80s, when I was offered my second advertising job, I asked the high-powered dude holding out the offer if there were any other women in his creative department. “I’d hire them, if I could find any good ones,” he said with a deep sigh. Really? Trust me. There were plenty of women out there far better than me and with tonnes more experience.

I turned down the job, but it was a light bulb moment. It was the second time in what had been a very a short career, where it was crystal clear to me that women had an issue in advertising, and advertising had an issue with women. At that time creative departments were relatively large, 15 to 20 people; yet most had only one or two women, several none at all. Four was as close to parity as it got. Twenty-five years on, the industry still resembles Sterling Cooper.

After I became co-CCO of Ogilvy in 1998, seeing that the numbers had hardly changed, I rang up fellow creative heads to ask why they thought there were so few women, especially in senior roles. The CDs, all of them men, put forward their thoughts in an attempt to be helpful. I heard, “Well, most of the great artists through history have been male. Maybe we have something to learn from that.” (What, pray tell?) And again, “I’d hire them if I could find any good ones.” This led me to write a piece for Marketing called “Where the Girls Aren’t.”

“Well, most of the great artists through history have been male. Maybe we have something to learn from that.”

Relative to other markets, Toronto has often been quite a good place for women. At one point, we had more of them running creative departments than any other city in North America, maybe the world. But the number was still only eight. This year, there are seven women CDs among the top 50. Globally, the needle on female creative directors has begun to drift slightly upwards, thanks to the efforts of groups like the 3% Conference, ADC's 50/50 Initiative to make awards juries half women, and the raised voices of powerhouses like Cindy Gallop and DDB’s Jean Batthany.

For the past six years Nancy Vonk and I have invested a lot of our energy in better understanding the progress of women in our business and in the work world at large, writing  Darling, You Can’t Do Both (And Other Noise To Ignore On Your Way Up).

Though change is in the air, eternal questions are, too. Is it possible for women to have a family and a big career? Why do even women avoid hiring women? Why the continuing exodus of talented women from the up escalator? Why aren’t the unique attributes that they bring to leadership valued at the top – especially with all the headlines pointing out the greater success of companies with women in leadership roles?

Over the next few months, we’ll be taking a look at what’s still keeping women out of senior jobs. We’ll put a spotlight on some of the systemic issues that continue to plague and deny them opportunities, evident in interviews ending with casual questions like, “Are you planning to have kids anytime soon?” (Yes, it’s illegal. Yes, it’s still happening.)

We’ll also cast an eye to some of the invisible rules that trip women up – a few of their own making— and what they can do to change things. This isn’t a women’s issue; it’s a human one – and the solution demands effort from both genders, arms linked. We hope our follow-up to this series, not so long from now, will be titled “Where the Women Are and How They Got There.”

Janet Kestin and Nancy Vonk are co-founders of Swim, a creative leadership lab. As co-CCOs of Ogilvy & Mather Toronto they led teams to Cannes Grand Prix and other global recognition.