After three years of San Francisco, The 3% Conference has moved to New York City, unfolding here next week from October 26–27, 2015. The conference, whose mission is to support more female creative leadership in advertising agencies and related fields, has attracted many thought leaders with the idea that "Diversity = Creativity = Profitability".

We chatted with 3% Founder and longtime 50/50 Initiative supporter Kat Gordon, and asked her five questions about what is shaping up to be the biggest 3% Conference yet.

The 3% Conference has moved from San Francisco to the Big Apple. What brought about the change of coasts? 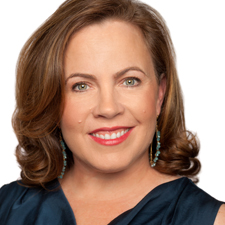 We had hosted the annual conference in San Francisco for three years in a row and it started to feel a bit like Groundhog's Day for me planning another conference there. I was eager for a creative challenge and moving the event to NYC and choosing a non-hotel setting where we had more liberty with decor and menu was really fun. Plus, since most agencies are headquartered in New York, we believed it would refresh the audience and allow supporters to send more people who wouldn't need to travel to attend.

What can attendees expect this year, both complete newcomers to your organization as well as veterans of the 3%?

This is the year where the conversation extends way beyond women in agencies and includes more voices of client-side folks, rising talent, men, educators and authors. I recently said "Improving the future of the ad business is everyone's business" and the 2015 agenda really bears that out.

The theme this year is "Brands on Board" and we have many more client-side folks attending to lend their support to the issue of diversity driving creativity. We also will be screening the new documentary "Once and For All," revealing new research we conducted about how to retain female talent, introducing a program for bringing talent that left back in, featuring thought-provoking keynoters like Chris Edwards who transitioned his gender from female to male while working as an agency creative, and giving attendees more places and spaces to connect, including in a gorgeous lounge space that Apple is building out for us at the venue.

What would you say to those people — men and women — who might think of this as a “women’s event” and thus not for them?

We are not a women's event. We are a business conference about the bottom-line opportunities of engaging all genders at their maximum potential.

What do you think an individual can do to “change the ratio”?

I can think of 100 things he or she can do. They're all detailed on the  100Things document of microactions that we recently released.

You’ve always said that the goal of the 3% Conference is to put yourselves out of business. How much closer do you feel to that milestone? How have things changed since the first year?

My opening remarks this year are about how we're past the point of no return. So many key indicators lead me to believe that achieving gender equity in advertising is way closer than it was in 2012 when we started. You'll just have to come attend to hear me list the specific wins, advancements and emerging policies that lead me to state this with such confidence.

The 2015 edition of The 3% Conference takes place here in New York City on October 26–27. Get your tickets today!